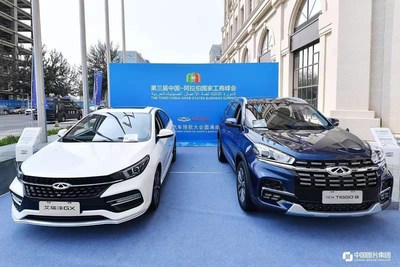 Chery is one of the earliest independent automobile brands in China that has gone global, with a heavy focus on the Arabian market.

In 2001, Chery exported its first car to Syria. At present, Chery has entered the Arabian markets of Saudi Arabia, Iraq, the United Arab Emirates, Egypt, Algeria and Syria, and established four manufacturing bases and three joint ventures in the region.

During the summit, Chery also introduced its international achievements to the world, including market performance in the Arabian countries, global R&D layout and global quality management system, showing the world the international development of the Chinese auto brand.

The China-Arab States Business Summit, which has been held from 2015, is an economic and trade cooperation and exchange platform jointly created by the China Council for the Promotion of International Trade and the People’s Government of Ningxia Hui Autonomous Region.